A Trickery of Witches

She was my nemesis.

A freight train of a woman,

ripping up the miles I put

between us, blowing black smoke

into a marriage that tried to be.

she feigned no memory of the terror

she manufactured so skillfully,

so simply into my innocent life.

It was my faulty remembrances.

The threats just my fantasy…

How could she do those

things when she loved me so?

on that single wooden casket could have been

A Nest of Wasps

they inoculate each other over and over

Thirty years does not lessen the sting

nor make them perfect this prescription

for whatever may ail

long studied with the same clinicians

It is time for them to stop practicing

A Bill of Particulars

She was the one on whom

he practiced his art,

She was crazy about him.

And, she was crazy:

five days a week on the couch

a collection agency full of bills

there was nothing to do

but cut her loose, cut the losses.

He was not brutal then;

that was left for the real wife.

He was apprenticing as a husband.

No father of his own to imitate

he was making it all up,

starring in his own biography,

their names never on the marquee.

mouth round as Sunday’s host.

Those, (and God’s sense of fair play),

separated her from being a ghost.

The priest went hungry for some days,

whining about, picking at leftovers,

hovered around the bed,

praying through smoke and ash

reminding the saints that this was their angel.

It is so easy to convince ourselves
as we sit casually aside a cluttered desk
that we have gleaned the answers
some torn from a book
others stolen from a teacher
or gathered from years in practice
that we can fix those fractured minds….

so simple to toss out platitudes
so delicious to clutch the answers
parceling them out in 45 minute increments
to open the door and quickly close it
promising a better week
to let the next mind slide in as we sit
casually aside a still cluttered desk.

Now, more than ever before, the mental health of Americans should be at the top of our myriad list of concerns. Yes, some are in exceptional mental shape but huge numbers of our people are mired in issues that are deeply buried by decades of being ignored… because of embarrassment, fear, ignorance and finance. We are in crisis.

Mental health, like physical health and education needs to be readily and freely available to all. Yet, it is withheld because it is too costly. The poor and under-educated need the support it affords as much or more than others.

We need to note that in the past two decades the fifty-minute hour has gone from $70 to $170. Note, too, that during that same twenty years, we have seen the escalation of behaviors that cause one individual to create large scenes of mass destruction and the slaughter of individuals anonymous to them. If we do not attend to the mental health of the masses, they will continue to demand to be noticed. 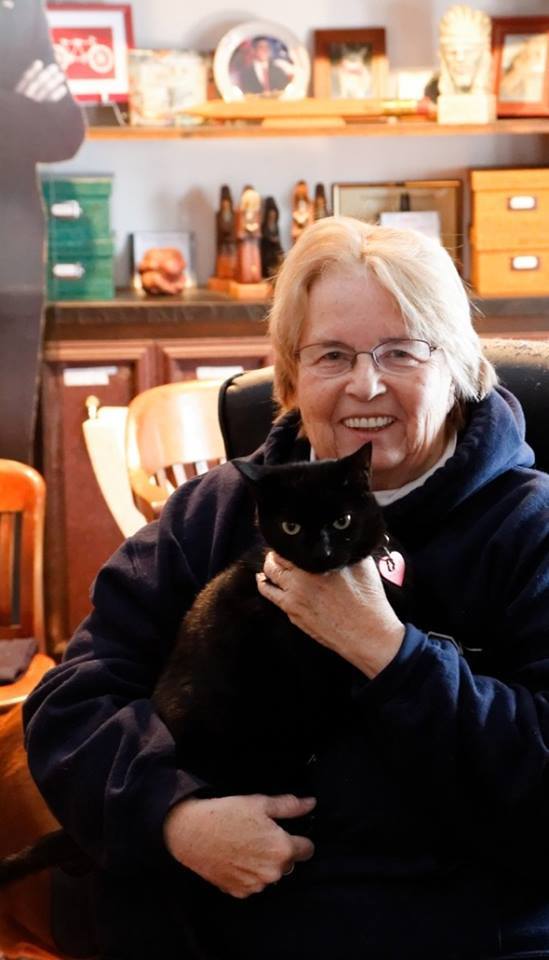 Kathleen Bryce Niles-Overton is Editor Emerita of the Comstock Review. A retired teacher and administrator, she was the principal of an Alternative to Expulsion for Weapons Possession School in Syracuse, New York. Currently, she is the CEO of the Bryce Focus Group, a PR firm in that specializes in non-profit arts organizations.

The author of several chapbooks, including: Ashes From A Long Dead Fire (nominated for a Pulitzer Prize)…Parochial Habits…A Deed to Precious Property…Catechism of Regret… The Macbeth Papers…Liturgies of the Moon, she holds a BA & MA in English from the University of Albany; Ed.M. in Psychology from the University of Buffalo; and a CAS in Educational Administration from SUNY Oswego.

She is the final judge for the Jessie Bryce Niles Chapbook Competition. While the complexity of being both Irish and Caribbean should have been sufficient, she elected to marry and to have additional relationships with individuals from even more diverse ethnic and religious backgrounds. These poems reflect those unions.