Literatures of the Body: Virginia Woolf’s Writing as a Tool of Resistance

Mrs. Dalloway (1925) was one of the first novels in the Western canon to demonstrate the psychological and physical effects of war on an individual, as both Septimus and Clarissa are altered by their experiences of living through WWI in the novel. Woolf’s essay “On Being Ill” was published a year after Mrs. Dalloway and theorizes impairment and illness for Woolf within a literary text. Woolf argues that literature has not seriously approached or discussed the topic of illness in its work, whereas themes such as “love, battle, and jealousy” have been recorded by writers all throughout history (“On Being Ill” 9). The body and its impairments have not been considered by writers to be a topic of literature, Woolf notes, despite the fact that illness is quite commonly experienced and impacts every physical body. Woolf argues that there are no sufficient words in the English language to describe illness, despite the fact of illness’s occurrence throughout the body. Therefore, Woolf asserts that literature should include impairment and illness within its discourse, particularly women’s illnesses, which had largely been ignored by male writers throughout literary history. I argue that Woolf’s essay creates possibilities for disabled women’s writing to work as a tool of resistance against patriarchal institutions and psychoanalytic criticisms, which attempt to obscure the voices of disabled women. “On Being Ill” thus works as a call for other disabled women writers to discuss their disabilities and incorporate these accounts into the field of literature.

In “On Being Ill,” Woolf argues for more attention to be brought to impairments and illnesses of the body, particularly women’s bodies, as subjects of literary discourse. Woolf states,

Considering how common illness is, how tremendous the spiritual change that it brings, how astonishing, when the lights of health go down, the undiscovered countries that are then disclosed, what wastes and deserts of the soul a slight attack of influenza brings to light, what precipices and lawns sprinkled with bright flowers a little rise of temperature reveals, what ancient and obdurate oaks are uprooted in us in the act of sickness, how we go down into the pit of death and feel the waters of annihilation close above our heads and wake thinking to find ourselves in the presence of the angels and the harpers when we have a tooth out and come to the surface in the dentist’s arm chair and confuse his ‘Rinse the mouth—rinse the mouth’ (“OBI” 9)

Bringing awareness to bodily illnesses and impairments, such as influenza, “a little rise of temperature,” and a pulled tooth is paramount when discussing women and their bodies within literature. The great male canon discusses at length themes such as love, jealousy, and heroism; however, it ignores the question of the body, particularly the female body. Woolf asserts that literature “does its best to maintain that its concern is with the mind,” and “the body is a sheet of plain glass through which the soul looks straight and clear” (“OBI” 9-10), demonstrating that although literature has brought attention to psychological conditions of its authors and characters, little care is shown for impairments of the body. When discussing impairments, Woolf argues that English does not have satisfactory language to describe these bodily issues: “English, which can express the thoughts of Hamlet and the tragedy of Lear, has no words for the shiver and the headache…but let a sufferer try to describe a pain in his head to a doctor and language at once runs dry” (“OBI” 11). Woolf thus calls for a new language through which to understand illness and impairment, as well as a “new hierarchy of the passions,” such as privileging “a temperature of 104,” “the pangs of sciatica,” and “sleeplessness” over concepts such as love, jealousy, and heroism (“OBI” 11). Woolf ultimately calls for a new language and new hierarchy through which great writers, particularly women writers, can discuss their illnesses and impairments, and be taken seriously by others.

Disabled women’s writing can thus work to overcome ableist readings of disabled women, such as those who diagnose Woolf, and subvert readings which obscure these narratives with clinical diagnostic labels. As Stacy Clifford Simplican argues, the disabled writer is “the disability rights protagonist fighting against a hostile ableist audience” (49). Through the act of writing and narrating one’s account of lived experience, disabled women can defeat these ableist critiques of their own lives and challenge those who diagnose and place clinical labels on them, which clouds and perverts their own accounts with their impairment. Not only this, but writing can provide a method for disability community: “This disabled protagonist finds solace and strength in a unified disability community” (Simplican 49). Disabled women are thus empowered to speak for themselves and create a sense of community through listening to and empowering each other’s accounts of their lived experiences.

The poverty of the English language works to prevent women’s attempts to discuss their bodily impairments, which effectively silences the voices of disabled women who attempt to share their experiences. I argue that Woolf’s essay calls for a future of disabled feminist possibilities, in which women’s accounts of their impairment and illness are taken seriously by medical professionals and society as a whole. Woolf asks for this new language: “We need the poets to imagine for us… Indeed, it is to the poets that we turn” (“OBI” 18). Although Woolf herself relied heavily on prose to write about illness, many disabled women have used a variety of genres to discuss their disabilities; for example, Sylvia Plath uses her confessional poetry to discuss her condition, and many contemporary accounts of women’s disability have used nonfiction to describe their accounts and experience, such as Esmé Weijung Wang’s new The Collected Schizophrenias (2019), in which Wang discusses her life with schizoaffective disorder. Other accounts include Lucy Grealy’s account of “childhood cancer, surgical pain, and facial deformity”; Stephen Kuusisto’s description of “what partial blindness, due to premature birth, allows and disallows him”; and Jean-Dominique Bauby’s memoir of “his body locked-in by a cerebral vascular accident” (Mijangos 64). Not only has “On Being Ill” impacted the works of contemporary disability life-writing, but Woolf’s other works, including Mrs. Dalloway, have effectively foregrounded the topic of mental difference and bodily impairment in literature. Woolf’s body of work has created a new canon of literatures of the body, one that focuses on impairment and one’s relationship to the world through disability.

I view writers such as Sylvia Plath, Virginia Woolf, Anne Sexton, and Emily Dickinson as my “mad” mothers—they have all impacted my views concerning my identity, particularly in relation to my gender expression, sexuality, writing ability, and my desire for social justice. Most importantly, these literary mothers have influenced my opinions regarding mental difference and psychological disability, as well as my own mad identity. I come from a long line of “madwomen in the attic,” and I deeply respect the literary and cultural impact these women made through their works.

Particularly, Plath has significantly affected my beliefs regarding mental difference, madness, feminism, and disability justice. As an undergrad, I went through my own Bell Jar-esque breakdown, and I felt incredibly alone in the world. I found a friend in Plath, as well as the feminist and disability communities who were able to critique social forces such as psychiatry, rape culture, and the medicalization of people with mental differences.

I believe that feminist disability studies and mad studies offer places where madwomen can own and speak their narratives without interference from patriarchal institutions or heteronormative judgement. My goal as a scholar of both of these discourses is to not only shed light on my own experiences as a madwoman, but also to lift the voices of those who have been silenced into submission. 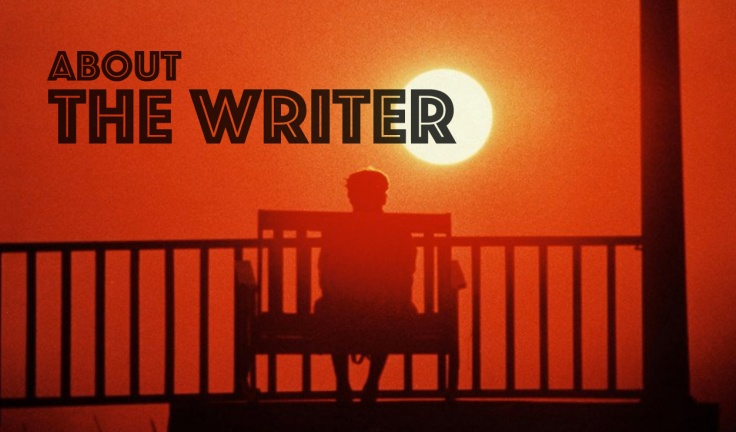 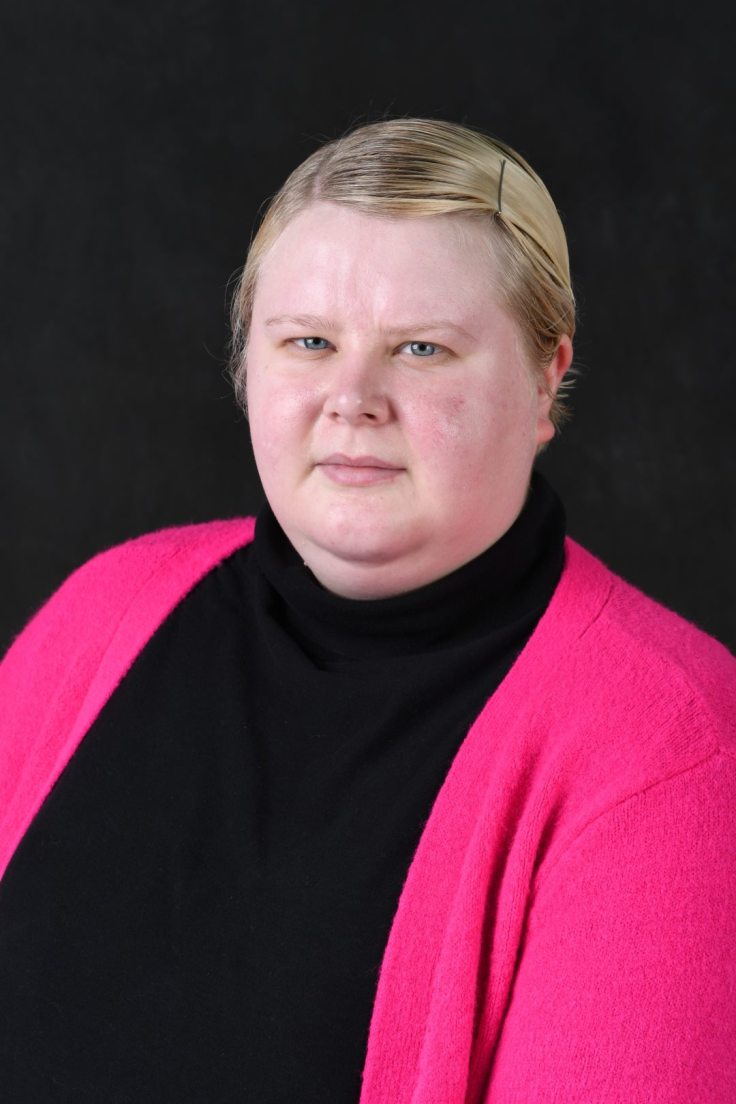 Maria Rovito is a PhD student in American studies at Penn State University in Harrisburg, Pa., where she specializes in American literature, disability studies, mad studies, and feminist theory. She earned a B.A. in English in 2016 and an M.A. in English in 2019, both from Millersville University. She is on Twitter @maria_rovito, and you can email her at mrovito1993@gmail.com.