I grew up amongst the wildflowers,
Where honeysuckle nights,
Blew the colored winds,
Through the fan-fared window.

I was conditioned to sweat,
Pouring beneath the sun-soaked heat,
That blinded my childhood fears,
Yet salt tears stung my lenses,
Asphalt and knee scrapes,
Were my sanctuary,
Where the rubber tires
Screeched my independent innocence.

Fear peaked its gaze at us,
As we played benign in the streets,
Unknowing that not everyone grows old,
Unknowing that one day the wildflowers
We adorned,
Would accompany one of our graves,
Without a full head hair of grey.

We would solemnly swear our allegiance,
To a faith,
Deny the truths of pure grace,
That echoes our enemies’ creeds and myths,
That allows silence of full blown skies.

We imparted indifference,
To supplement the dignity,
We felt we gained,
From the pool of muddled bigotry.

Don’t take offense,
But to deny us the blood,
That courses our veins,
Places plastic bags,
Over our faces,
Suffocating our nostrils,
Eyes bugging out,
As subtle distinguished groans,
Escape our maligned lips.

Hidden in the closet of America’s whoredom,
This is where us wildflowers bloom.

We scream for the dignity
Of our own voices.
Not subtle air,
Left to suffocate.

Pillows in hand,
They creep above us,
Huge pillows,
Stuffed pillows,
Those pills; No!

Laws of man,
Our stricken veins to their amuse,
Our fright,
An ankle bracelet rebellion,
As seven men restrain a now bridled horse.

Muted upon glossed floors,
Drugged down by force,
Down tainted-white corridor.

We struggle against that known power.

As humanity is ripped to shreds,
From bouts with insanity,
Humanity’s profanity,
Steeped with blood-oozed wounds,
Those harrowing punctures to skin,
Imposed with purposeful intent–
They call it booty-juice.

The edge of each page stained red,
Once whitened snow,
Pressed flakes of a day,
Now laminated with
a grayed, disgusting film.

Is this your worth?
Your latticework of iniquity,
Hugged at your bosom
like a day’s wage.

Toiled in charred soot,
Refused to let go of dirt,
Of spoiled food,
Yet you deny, still deny,
That you wrought,
In soiled sheets of filth.

Plundered with your smug boots,
Unleashed serpent beasts that roar,
Louder than any other train,
On beaten, wooden tracks,
Whose dirge was heard,
Echoing off droplets of heard working man’s sweat.

And you’re allowed the gift to remain,
With that book,
The blackest, tarred binding,
Cradled at your arm like an aborted baby.

Lying still,
A mucous filled drowning,
Waiting for the beat,
Of your heart’s drum to cease,
I see ashes,
Falling silently upon your chest,
I smell rot.

You’ve never given your best,
Or, at least I never knew it,
As I never knew you,
Thankfully I had not,
I never thought of beauty.

Eyes in full focus,
I see that black book,
That you so cherish,
Plunging me into a cesspool,
Drowning among the fatherless,
Cherish not I,

Buxom beauty,
Bucks and booty,
Swaggering plague on docks they shored,
Tips of toes dangle near dirt ridden floors,
Swaying in stubborn breeze,
The maggots,
They feed on them kind,
Kindred spirits aflame,
Crosses blazing, no shame,
‘Cept hell and brimstone fiery pits,
Fit for their own wit,
Yet, subtle amassed fame,
Submitting to games,
Antebellum feats,
No more regal discreet,
Romanticized in callow green,
No more a southern love scene,
Only murder minds,
Oh the graves that Dixie lined,
Just sweat and blood of those,
Whose skin absorbed the very light they confess,
What a useless, muddled mess,
An empire built on pierced flesh,
The confusion of salvation with bondage,
The very breath of him cut short,
To escape such prison,
Of mire and frost,
He is the one who won,
The Cotton Monster lost.

We left off the shore at noon,
Pressed together between pages,
Like dried, violet Moors.

The juicy drip drops of olives,
Green though they were,
Smashed against shortened glass,
Smelled of a Greek summer—
They took our serious glances as allegory,
Pumping panic into our mothers’ graves,
Like a formaldehyde chase.

They scantily clothed themselves with freedom,
Tradition folding their game,
Bottle bleached,
—just the same—
I’m sorry about those whistling winters,
Cut through veins like razor blade kisses,
Their violent twilight painted strokes upon trees,
With suffering shadowed affect.

I’m not comfortable with Jesus,
He took my last miracle whipped sandwich,
And refuses to share,
So I decided to stop my Sunday brunches with him,
And give ’em back the saltine wafer,
While moving on to my vegan phase.

In the dim lit bedlam mirror,

That revealed her lover’s

They call it a waste basket,

Squat for the camera,

Agoraphobia was never my main course,

I wouldn’t be the one cleaning

They, dressed in white,

Would tend to it,

Before the lion left his cage.

I moved the bare mattress,

Of a bed unfit

For Princess and her

pee, onto the floor,

Glossed, yet the mint green,

Cannot be cleaned from

Pulling it closer to the brown

Was where I heard the

Slithering sounds of a serpent

Growing louder with each Hissing crawl.

On my side table,

Waiting for the go ahead

I opted to tell the others

That they were dead.

I helped pluck the pictures from

when the flying amari

But now I ached deep,

Pulling each nail from them

I envisioned hanging myself

From his clear shower curtain rod

Because the scent of his departure

He had kept me from the booby hatch

Taught me the inner markings of

He had taught me jealousy

She moved with ease from

To find myself stricken

from the dried caps

still metabolizing in my brain.

Even Alice leapt to her grave

And when he left that summer day

I knew another Wednesday grief

As a mental health advocate and peer support specialist I have had my fair share overcoming adversities over the years. I have worked as a regional coordinator for Poetry for Personal Power which allowed me to identify my strengths in conveying the anxieties, pains, and struggles with mental health wellness by setting up poetry stand up events and writing workshops to develop the use of art, music, writing, and poetry as a means to overcome difficulties.

I am a survivor of domestic violence. Poetry and writing has taught me how to cope, giving me an innate sense of empathy and understanding to help others. I am able to pour the anxiety and apprehension into my poetry and my words.  It has been over ten years since I was first hospitalized in a mental health facility as I grasped for footing outside the darkness of my own mind and past experiences that etched an abysmal rendering that I learned to distinct myself from. I learned how to be my own advocate while advocating for suicide prevention and stigma education in diverse populations both in adult and adolescent realms.

One of the poems I shared, “Tainted White” comes from my experience with psychiatric drugs and having adverse allergic reactions that nearly cost me my life. My struggle with associative identity in being a multiracial woman has caused a great deal of my art to delve into exposing the realities of hatred and racism within the United States’ condition. It has caused much political angst for myself with the present state of events we all now nationally face.  I hope to continue showcasing my work through mental health advocacy and suicide prevention events while continuing to add to my poetry collection with driven, passionate belief that I will someday get my poetry manuscript published! 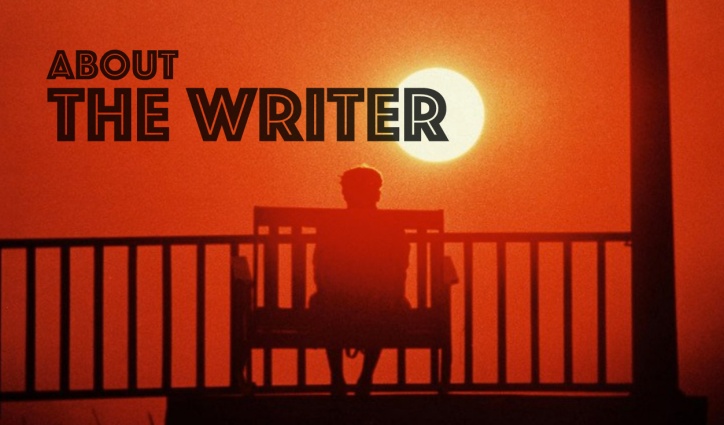 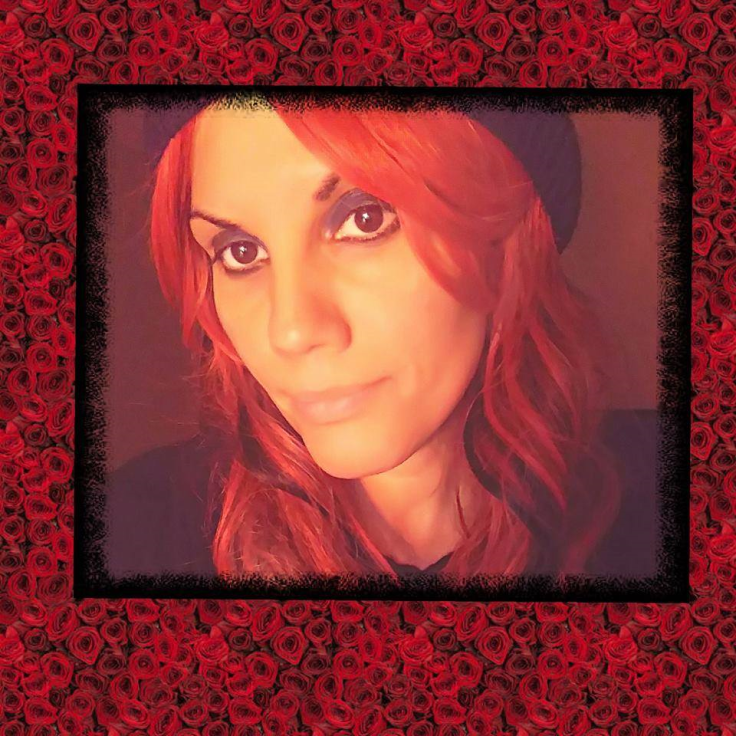 Aaron Summer Javadi was raised in Rich Hill, Missouri; but, has lived most of her life in the Kansas City, Missouri region. In her ongoing collegiate studies, Summer maintains a 4.0 GPA in Anthropology & Sociology with an emphasis in Middle Eastern & African migration and ancestral genetics. Summer, as she likes to be called, received first prize publishing in the 2018 Spring Edition of Inferno Literary Magazine for her poem, “If Guns Were Made of Crayons,” and had her work published in the Gasconade Review; “If Guns Were Made of Crayons,” “Molasses Rewind: The Parable of the Pomegranate,” and “The Nuclear Family Blew Up.” Summer is the mother of six beautiful children and wife of Rabbi Mort, they mutually teach Hebraic studies for the non for profit; Mahi Ministries Inc.